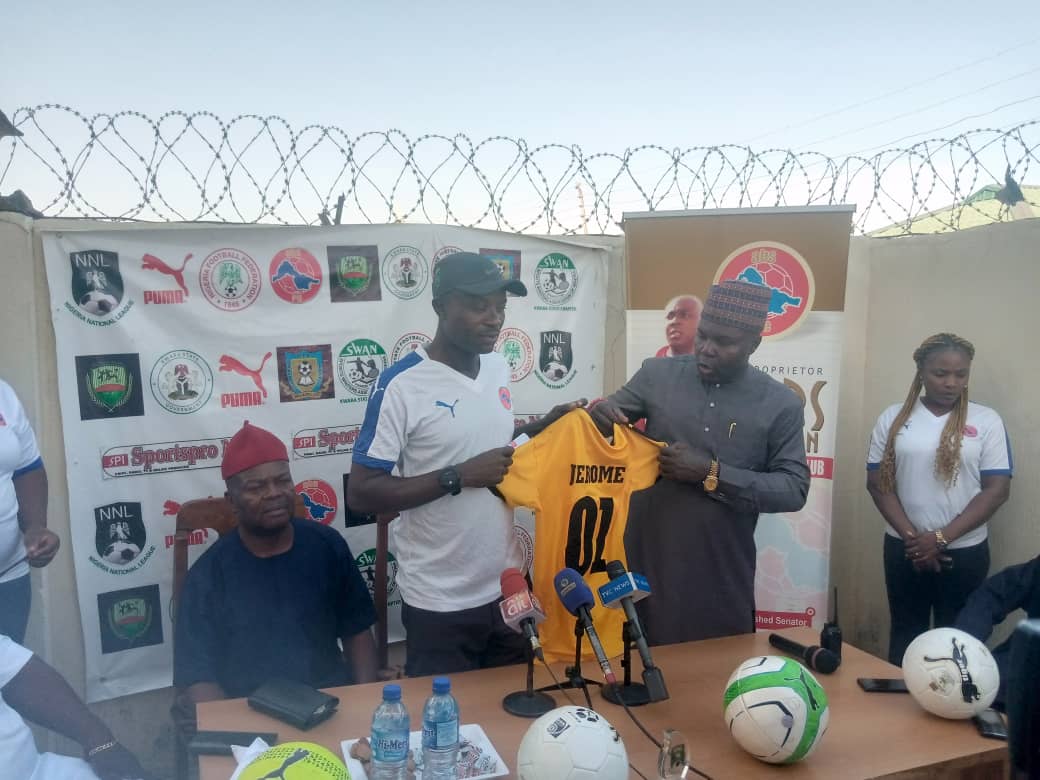 The new Technical Adviser of Abubakar Bukola Saraki Football Club of Ilorin, Jerome Igbankwe has pledged to work hard to achieve the target set for him by the club.

Igbankwe, who was unveiled today by the club at it’s Club House in Ilorin signed a one year contract, with the mandate to get the Nigeria National League (NNL) side promoted to the Nigeria Professional Football League (NPFL) next season.

Speaking to journalists after been unveiled, Igbankwe, who had served as Chief Coach with the club said that short cut to success is hard work.

“The short cut to success is hard work. I will work very hard to ensure we achieve the target set by the club, even though we are not unaware of the challenges of doing so.

Igbankwe, according to the Club’s Director of Football, Chief Alloy Chukwuemeka, will be given a befitting accommodation, an official car, and all other things that will make him succeed at the club.

Chief Alloy Chukwuemeka said that the club has lost about 20 players to NPFL and NNL clubs, with the Cameroonian Coach, Tony Encho also teaming up with Crown Football Club of Ogbomosho at the end of his one year contract.

He charged the coach to pick players of merit, and also plan his programmes to accommodate the Youth team, towards making the target set for the season achievable.