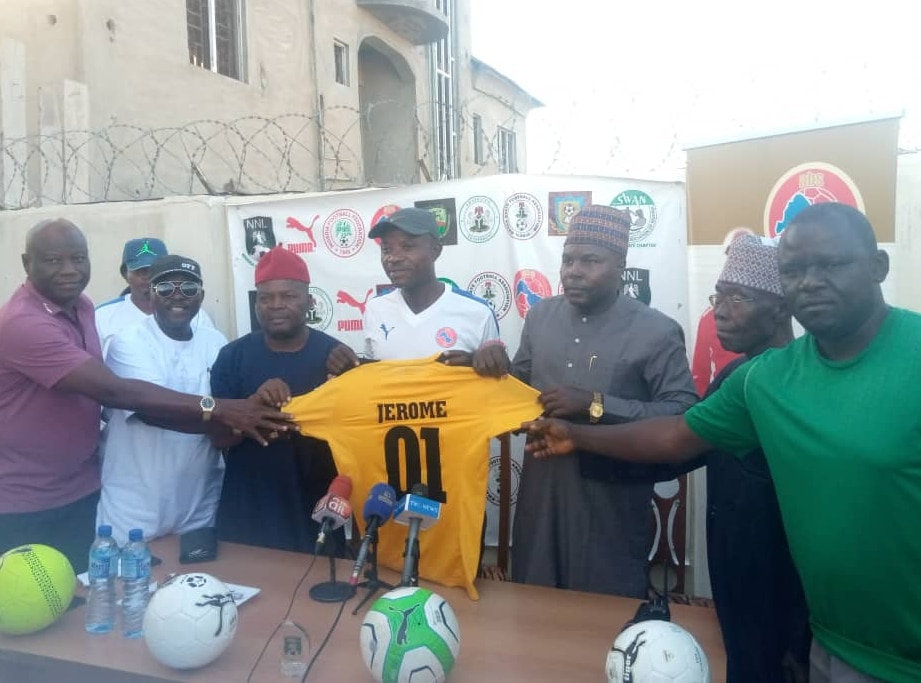 Igbankwe was formerly with ABS FC as a coach between 2018 and 2019 when Coach Hassan Abubakar was in charge of the club as a Technical Adviser.

Igbankwe was a former Chief Coach of Zamfara United FC between 2014 and 2017 while he coordinated Aspire Africa Football Dreams between 2007 and 2016.

He played as a defensive midfielder with the defunct Eagle Cement between 1991 and 1992, Igbankwe represented Kebbi United FC as player as well as Zamfara United FC and Shagari United FC, Sokoto.

Igbankwe has certificate of football coaching from the National Institute of Sports (NIS), Lagos in 2004 and Physical and Health Education. He has a Confederation of Africa Football (CAF), license C, obtained in 2011.

The new ABS FC Technical Adviser was among the coaches who benefitted from the Laliga De Futbol training in 2017.

Speaking at the unveiling ceremony,  the Director of Football ABS FC Chief Alloy Chukwuemeka said the engagement of the new handler became necessary in view of the exit of the club’s Cameroonian coach Tony Encho who joined Crown FC of Ogbomoso.

He said the new coach wasn’t new to the club as he had served ABS FC and has great understanding of the workings of the club in and out.

He said that the unveiling of the coach is one of the critical aspects in running the club as a professional outfit. He charged him to lead the club to the NPFL, and to grow professional players and coaches, in line with the mandate of the club.

Chukwuemeka restated the mandate by the owner of the club Dr. Abubakar Bukola Saraki to use the club as a platform to develop young players and coaches who seek to become great Professional footballers and big gaffers.